HOMES WITHOUT JAMS: JOIN THE CAMPAIGN

Planning needs to be reformed. But the Government’s proposals threaten more traffic and pollution.
Join our campaign for Homes Without Jams and let’s reform planning for a green transport future.

The Government has launched proposals to reform the planning system. What could this mean for transport? 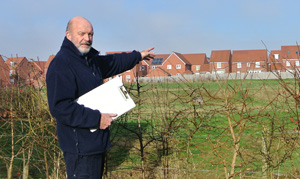 What are the specific elements that make up a non-car-dependent housing development? We’ve produced a Checklist.

Our report on Garden Villages and Garden Towns found that they risk condemning their residents to car-dependent lifestyles. 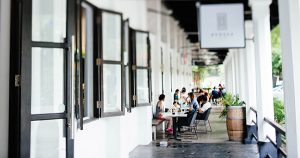 If conservation areas can have a mix of homes and amenities, why can’t newly planned communities?

We're concerned that a proposed change to 'permitted development rights' would make it harder for local authorities to plan communities ...
Read More

Transport for New Homes @TfNHomes
10 minutes ago
Do you like the idea of 15-minute neighbourhoods?
Beware: a proposed change to 'permitted development rights' could make it harder to plan communities with a mix of homes, shops & services.
Consultation closes tomorrow; here's our blog: https://t.co/CrqlP2zdo0
#HomesWithoutJams
View on Twitter
0
0

Transport for New Homes @TfNHomes
2 days ago
Great report from @RTPIPlanners: https://t.co/Ko1d0mQc4C
The planning system should "focus on maximising the potential for local living... Residual travel demand should be shifted away from private vehicles to active, public and shared forms of transport."
View on Twitter
4
8

Transport for New Homes @TfNHomes
2 days ago
To avoid car-dependence, new housing should have local amenities on its doorstep. But a proposed change to 'permitted development rights' could make this harder to achieve. Read our latest blog and respond to the consultation: https://t.co/CrqlP2zdo0